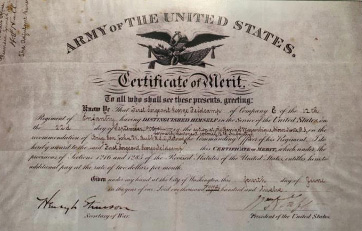 Certificate actually signed by the POTUS.

Only awarded to enlisted for gallantry in action or meritorious service.