Established in July 1918 and supported by General John Pershing.

For distinguishing himself by extraordinary heroism in combat.

The DSC is the second highest active award, next to the MoH.

About 13,300 awarded since the Indian Wars Campaign. These include retroactive awards. 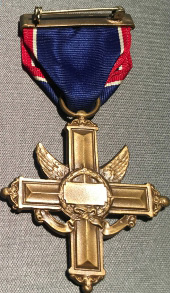