Established July 1926 for distinguished heroism not involving actual conflict with an enemy.

Recognize soldiers for acts of bravery above and beyond the call of duty during peacetime.

MoH awards had been restricted by the Army to include only war time.

Acts of lifesaving must be at great risk of one owns life. 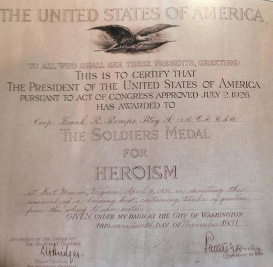 Certificate for Soldiers Medal awarded to Corporal Frank Romps at Ft Monroe, VA. on 4 April 1931, for heroism in saving lives by directing the removal of a burning boat containing tanks of gasoline from a wharf. 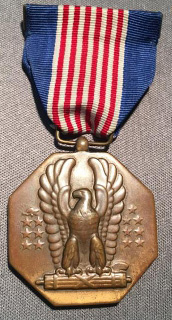 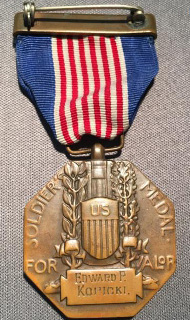