The China Service Medal was authorized in August 1940 to recognize the US early involvement to resist Japanese occupation of China. 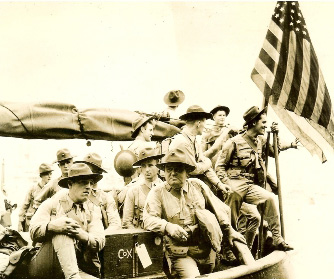 US Marines 6th Division on board a vessel in Shanghai Harbor