The unrest in Haiti spilled into the Dominican Republic in May 1916 threatening Americans and financial interests. The Dominican government was unable to restore government security while being threatened by political fractions. Eight companies of marines and sailors landed to protect legations and capture Ft. San Geronimo. American forces sustained occupation until the government was restored.

The Dominican Campaign medal was authorized in Dec. 1921 and was issued to 6,400 Navy and Marines. 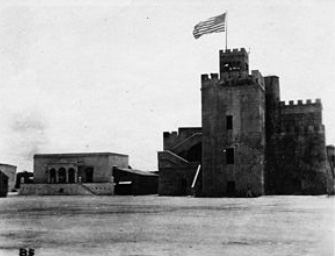 The US Flag waving over Ozama Fortress. 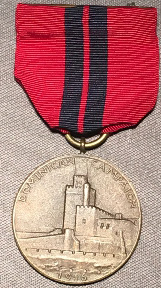 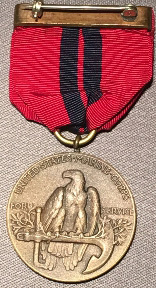