The crisis in Haitian affairs, which came with the assassination of the Haitian president demanded immediate action on the part of the Navy to protect American and foreign lives, property, and to restore order throughout the distressed country.

US cruisers were dispatched to Hattian ports and armed guards landed. Later, an expeditionary force of about 2,000 marines was sent to complete the occupation of all open ports.

The obverse shows the north coast of Haiti with three mountains in the background. 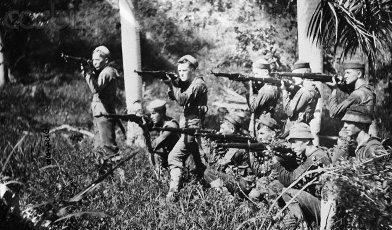 Another campaign occurred in 1919.
Those who served both campaigns wore a clasp over the ribbon. 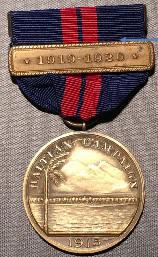 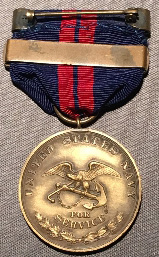