In Aug 1912, forces under the command of presidential candidate Mena and General Zeldon besieged the current president Diaz, who’s government was in debt to US banks. Navy and marines arrived to support the current government and captured Zeledon and forced Mena into exile.

Established Sept. 1912 for Navy and Marines who served in Nicaragua between July and Nov 1912.

The obverse shows Mt. Momotombo with Lake Managua in the foreground. 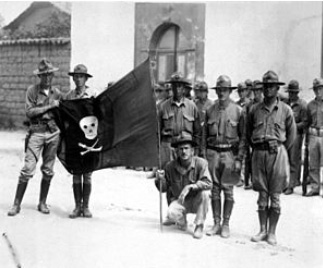 US forces with captured rebel flag 1912 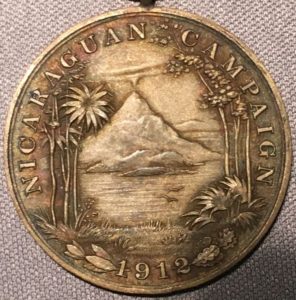