The obverse depicts the gate into the Manilla City Wall.

USS Buffalo was a transport & auxiliary cruiser serving in the Manilla operations during the SPANAM War. 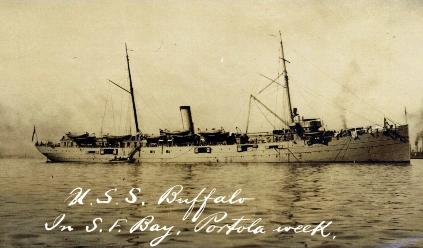