Established June 1908 for personnel who participated in the Pacific Naval Campaigns of the SPANAM war.

Like the West Indies, the obverse shows Morro Castle at the entrance of Havana Harbor.

In April 1898, opening month of the SPANAM War, USS Cincinnati, commanded by CAPT Colby Chester joined the blockade off Havana and bombarded Matanzas. The next month, she scouted throughout the West Indies searching for the Spanish fleet known to be approaching Cuba. 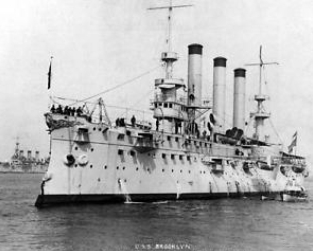