Established in 1908 for Navy and Marine veterans who participated in the West Indies Naval campaigns.

The obverse shows Morro Castle at the entrance of Havana Harbor.

In 1910, the medal was replaced with the Spanish Campaign Medal.

USS Rogers served as a torpedo boat during the Guantanamo Bay preventing the Spanish fleet from reaching the blockaded and then as a coastal blockader in the Caribbean. 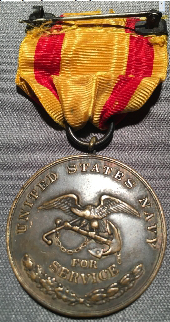 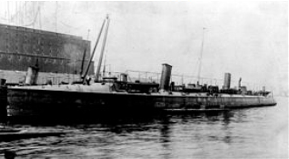