The Marine Corps Good Conduct medal was authorized by SECNAV in July 1896. For qualifying consecutive four year service with no convictions, not more than one non-judicial punishment under UCMJ and no lost time due to sickness-misconduct or injury-misconduct.

Exception is when the Marine is killed in combat where the medal is issued to next of kin.

The obverse showing a marine breech loading a cannon on a deck of a ship. 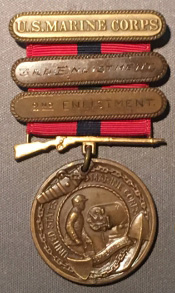 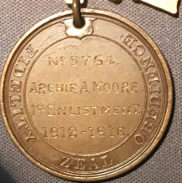 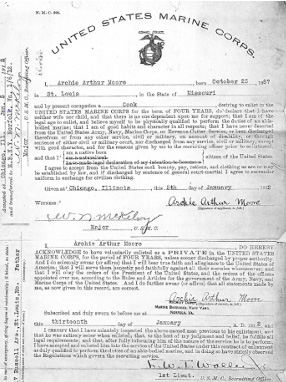