By 1880 the Navy had recognized the need to redesign the badge to be more suitable for the uniform.

The new design (Type II) was proposed by Commodore Winfield Scott Schley and was adopted from the letterhead of the Navy’s Bureau of Equipment & Recruiting.

The obverse states "United States Navy" around the outer boarder and the USS Constitution in the center with an anchor through the middle in the background.

Only about 500 sailors received the Type II award. 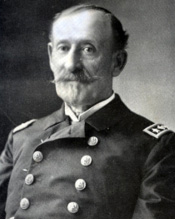 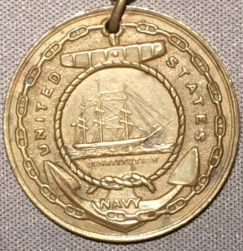 For subsequent awards, clasps were introduced with the ship’s name/station on the obverse and the reverse with issue date and recipient’s name or number. 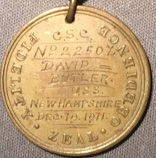 In 1960, the Type IV (current version) was issued removing the suspension bar. 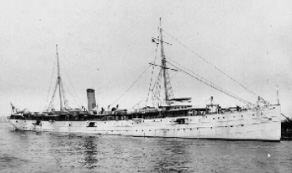 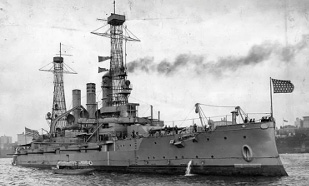