Established by SECNAV in March 1901 to be awarded to members of the Navy and Marine Corps to commemorate naval operation in the West Indies and Cuba from April - August 1898 during the war with Spain.

The reverse depicts an officer, gunner, and marine on a deck of a battleship. With the inscription below stating “Santiago de Cuba June 6”. 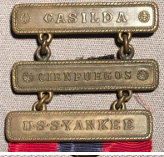 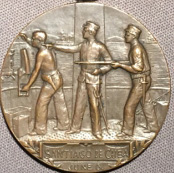 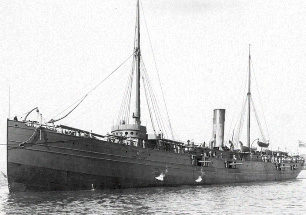