Only three NCOs where known to have received the original award. A purple cloth with a lace and binding boarder. 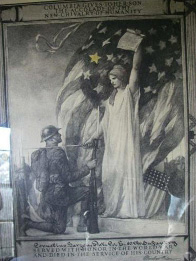 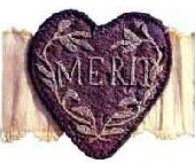 F1C Henrey Dacko served aboard the USS Pensacola on November 29, 1942 during the Battle of Tassafaronga. One of 18 torpedoes launched by Japanese destroyers hit below the mainmast on her portside. Her number dead; 7 officers and 118 crewmen. 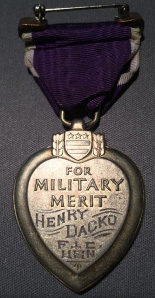 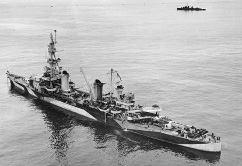 Purple Heart Box issued to (Father) Next of Kin