The USS Jeannette was a naval exploration vessel which in 1879–81, that undertook an forlorn voyage to the Arctic. After being trapped in the ice and drifting for almost two years, it was released from its ice-grip, then trapped again, crushed and sunk north of the Siberian coast. Out of the 33 crewmembers, there were only 12 survivors. The plan was to sail through the Bering Strait, on the theory that the warm Pacific Ocean current known as the Kuro Siwo would provide a "thermometric gateway" whereby a suitable ship might reach the North Pole. This was also in support of a theory that the center of the North Pole may contain a warmer climate due to the thermometric gateway. 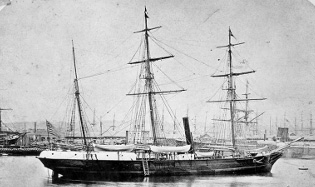 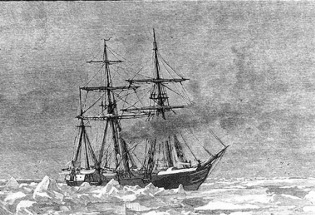 Established by Congress and SECNAV on December 1892 to the 33 members of the Arctic expedition in July 1879 led by LT. George DeLong, USN on the USS Jeannette. Eight medals were struck in gold for officers and 25 were produced in silver for enlisted. 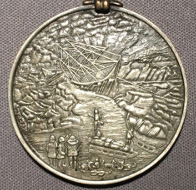 “Jeanette Actic Expedition 1879-1882” “In commemoration of perils encountered and as an expression of the high esteem which congress holds his services” “Act approved Sept. 30, 1890”