Authorized by Congress in March 1901 for officers and men of the Navy and Marine Corps for specially meritorious service other than in battle during the war with Spain.

The medal was primarily awarded to those who had rescued sailors (both U.S. and Spanish) from burning ships following the Battle of Santiago de Cuba at Santiago, Cuba.

Only 96 known awards were issued. An actual order from the Navy, declaring the decoration obsolete, was never published. 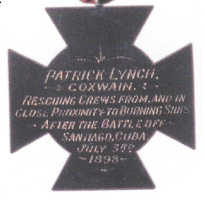 Specially Meritorious Medal
Awarded to Patrick Lynch,
Coxswain.
“Rescuing crews from, and in close proximity to burning ships after the battle of Santiago, Cuba, 3 July 1898" 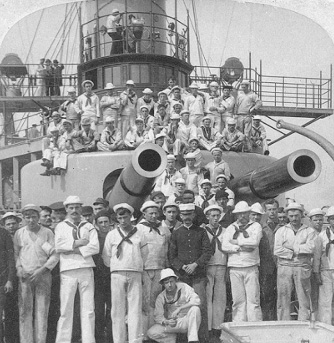